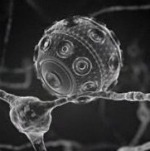 New technology inventions, like nanobots, could radically change our lives.

Everything from computers, energy, medicine and the environment is being revolutionized by the development of nanomachines - tiny nanorobots capable of manipulating matter at the atomic level.

The prefix "nano" means a nanometer - a measurement one-billionth of a meter or about ten thousand times thinner than a human hair.

It is the distance that is approximately the length of a few atoms to twenty atoms placed next to each other depending on the type of atoms.

At this level, the nanoscale level of matter, nature engineers molecules by assembling and building things (such as proteins) in a machine-like manner.

These nanomachines have mechanical properties similar but not identical to how man builds machines, with motors, bushings, gears and so forth.

The idea that man could precisely custom engineer nanomachines or create nanorobots to fabricate materials at the atomic level, was first postulated in 1959 by the Nobel Prize winning physicist Richard Feynman. 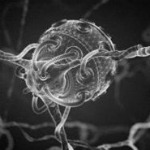 But perhaps the most significant changes that will result from these new technology inventions will be in health care - and it is already happening.

Imagine, tiny atomic nanorobots injected into your bloodstream with the sole purpose of hunting down and destroying harmful bacteria or viruses.

In nano-laboratories, nanobots carrying anti-cancer drugs have been used to recognize and target cancer cells, and then inject them with their payloads.

Scientists have also used nanobots for restoration and regeneration by introducing new genetic material into damaged or diseased cells.

Currently, the blueprints exist for building nanobots that will be capable of evaluating your state of health, including identifying potential disease risks, by simply analyzing a drop of your blood.

The potential for nanotechnology is surreal. It offers much promise and limitless benefits but it is also a territory where our history of manipulation has not always proven wise.

A House that Walks

This new technology invention is a house that walks.

The eco-friendly house is powered by solar cells and minature windmills, and comes with a kitchen, a composting toilet, a system for collecting rain water, one bed, a wood stove for CO2 neutral heating, a rear opening that forms a stairway entrance, and six legs.

A collaborative effort between MIT and the Danish design collective N55, the house walks about five kilometers an hour similar to the walking speed of a human.

The legs reguire a software algorithm to calculate the movement and position of the legs to provide stability over varying terrain.

The house can turn, move forward or backwards, or change height as required and can be programmed with GPS waypoints for traveling to destinations.