Read our free quiz questions and discover interesting facts about famous inventors and famous inventions. In every answer there is a story.

Which famous inventor worked at a patent office?

The Niepce Crater on the Moon was named in recognition of the famous inventor Joseph Niepce. What did Niepce invent?

What do inventors, Tesla, Popov and Lodge have in common?

a. They invented radio technology.

b. They invented telephone technology.

This famous inventor was considered to be far ahead of his time. He recorded his inventions in journals. Many of these inventions did not become known until centuries later. Who was this inventor?

The inventors of ear muffs, the trampoline, braille, and the paper bag, all have something in common. What do they have in common?

a. They are blind.

b. They are teenagers.

c. They are women.

This famous invention was invented by a scientist working for this company. Which answer is correct?

a. Krazy Glue was invented at Kodak.

b. Velcro was invented at 3M.

Which organization invented the Internet ?

Which of the following plants was first used to make paper?

Click here for 12 more questions. Then see another 11 questions here. 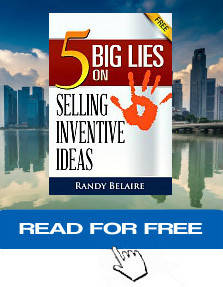